The Tool & Gauge Company (UK) Limited (TGUK) was incorporated on March the 15th, 2012. Our Director, Rahul Shah, is the 3rd generation walking the family footsteps in the field of Engineers Merchant and Industrial Supplies. Rahul’s grandfather’s eldest brother started the family business in the 1920's, in the city of Kolkata (then known as Calcutta), in the British ruled India. Within a short span of time branches were opened up in all the three other, then major cities, namely Bombay (now Mumbai) Delhi (now New Delhi) and Madras (now Chennai). A branch was also set up in the city of Lahore, now in Pakistan. 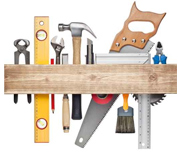 Rahul, who has just stepped into his twenties decided to setup a similar business in his birth country i.e, United Kingdom and hence the birth of TGUK. TGUK is a member of bira direct, formerly known as British Hardware Federation (membership number 38977). This membership has helped in obtaining credit from large number of distributors and manufacturers. Direct accounts are also in place with a number of reputed brands such as Sealey, Beta, Dynex (USA), Ega Master (Spain), etc.

TGUK caters to the Professionals as also the DIYers. We offer a large choice to our customers and let our customer decide whether they would like to spend a few pounds for a tool they are likely to use very sparingly or spend a bit more and get the tools which comes with a life long warranty. TGUK is not committed to any one manufacturer and offers a number of brands and once again gives the customer a selection.

With 15,000 hand tools for the trade and the DIY market; quality hand tools from Stanley, Facom, Irwin, Britool, Sykes Pickavant, Bahco; range are available for delivery on next day basis.